Tuesday, 18th October 2016: Headway, the brain injury services and support organisation, has teamed up with Ireland’s leading GAA, soccer and rugby player unions to launch Concussion Aware, a campaign in association with laya healthcare and supported by Life Style Sports.

70% of parents think schools and clubs lack adequate protocols when it comes to dealing with concussion in sports, a survey* commissioned by Headway and laya healthcare and conducted by Amárach Research revealed, with a further two thirds of parents saying the risk of injury influences what sports they allow their children to play.

#ConcussionAware, backed by Ireland’s top sports stars, is calling for schools and clubs nationwide to ensure adequate procedures are in place to deal with concussion injuries and is based on the simple message: “If in doubt, sit it out.”

Speaking at the launch, Kieran Loughran, CEO of Headway commented: “It’s evident that there is still a huge lack of awareness amongst the general public when it comes to concussion. 1 in 2 of those surveyed as part of our research admit they would not recognise the signs of concussion – this needs to be addressed.

“We are asking that schools and clubs nationwide become #concussionaware and put proper measures in place to deal with concussion. Parents need to know that their children are safe playing these sports. Clubs and schools can go to concussionaware.ie, get informed and download their concussion aware poster to signal to parents that they support this vital initiative. We’re particularly concerned about the lack of knowledge about Second Impact Syndrome, only 1 in 10 people knew what this is.”

Second Impact Syndrome occurs as a result of a second concussion received after an initial concussion has not been given time to heal. The consequences can be catastrophic.

As part of the campaign, the players are calling on athletes of all levels nationwide to follow their lead and show their support of Concussion Aware by wearing uniqely designed elite performance bootlaces, which have been created especially for the campaign and will be on sale in Life Style stores nationwide and online. 100% of the proceeds will go directly to Headway and to raising further awareness of the dangers of concussion.

“We are very concerned about the impact of concussion on contact sports and we have invested heavily in screening in this area to make sports safe for all,” said Kevin Kent, Marketing Manager with laya healthcare.

“We believe that the benefits of playing sports and keeping active far outweigh the risks, but only when coaches, parents and players are as educated and informed as possible about the risks of concussion, how to identify a concussion and what to do if a concussion happens. We know there is still a lot of work to be done in order to change attitudes towards head injury in sport and that’s why we fully support this Concussion Aware campaign and encourage everyone to wear the campaign bootlaces and drive awareness of concussion.”

Seamus Coleman, Ireland soccer captain has a word of advice for all players of sport, no matter what their age: “It comes down to knowing the signs of concussion and looking after your teammates and yourself. If a player is concussed, they may be in a confused state so will be relying on their teammates and coach to recognise that something isn’t right. If there is a shadow of a doubt, it’s so vital that they come off the field of play and sit it out. It might sound dramatic but you really could end up saving a player’s sports career, we’ve all seen some of our heroes having to retire early due to the impact of concussion.”

Mark Stafford, CEO, Life Style Sports added: “Life Style Sports are delighted to be the exclusive retail partner for this initiative to highlight the importance across all codes of the effects of concussion within the game. The laces can be purchased in all of our 58 stores nationwide and all proceeds will go back to Headway.”

For further information and for the full survey results, visit www.concussionaware.ie and check out the campaign on Headway Ireland’s Facebook where you can download your personalised Concussion Aware frame to show your support.

The specially designed bootlaces are now available at a Life Style near you or at www.lifestylesports.com retailing at the special price of €3.

*Survey was conducted by Amárach Research from 1st – 5th September 2016 across a total of 1,000 participants in Ireland. It included quotas set on gender, age, social class and region to achieve a sample aligned with national population.

Some further key insights from the survey include:

For Media queries or to request an interview with Headway or an ambassador, contact:

Headway is a not-for-profit organisation, which provides support and services to individuals affected by Acquired Brain Injury (A.B.I).  Headway’s mission is “ To bring positive change in the lives of those affected by an Acquired Brain Injury”. In pursuit of our mission we provide person-centred services to assist individuals to rebuild their lives following their injury. These are based on assessment of a person’s needs and their own goals for recovery and we aim to maximise potential and quality of life and promote independence. Services offered include; Information and Support, Day Rehabilitative Services, Rehabilitative Training Service, Psychological Services, Community Re-Integration Service & Supported Employment. 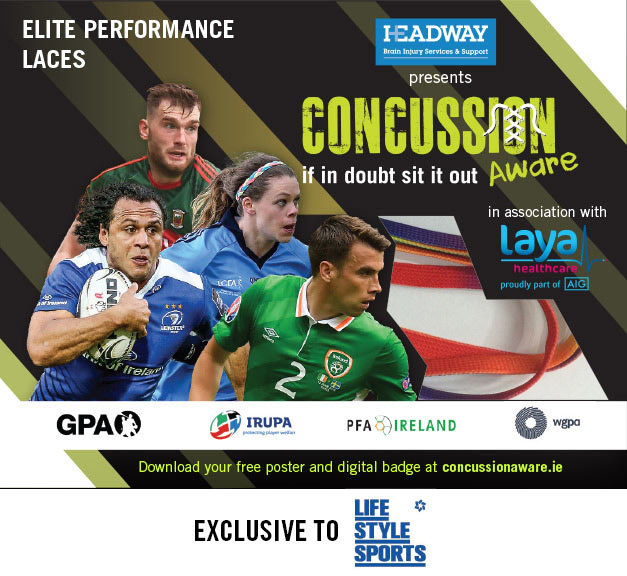